'As big as your head': giant avocado arrives in Australia

The ‘Avozilla’, which is being farmed in Queensland, weighs more than a kilo and is expected to sell for $12 each

The Avozilla, as it has been dubbed, has arrived in Australia. Weighing an average of 1.2kg, the fruits are about four times the size of regular avocados and are expected to sell for $12 each.

“There’s certainly a shock factor when you pick one up and they’re as big as your head,” farmer Ian Groves told Guardian Australia.

Originating from South Africa, the Avozilla reached Britain in 2013. But the Groves family, which has grown tropical and exotic fruits in central Queensland since 1957, are the first to bring the variety to Australia.

Groves said the fruit tasted similar to their regular-sized equivalent but were slightly softer to spread.

“I love them. We eat them at home all the time,” he said. 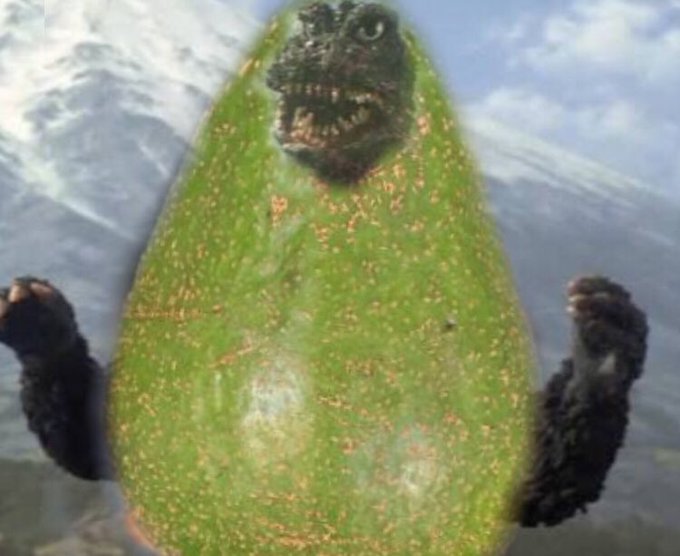 I photoshopped what I see whenever I hear “avozilla”

Groves said the first harvest was being sent to grocers in Brisbane, Sydney, Adelaide and Perth.

“There is a nursery we buy different trees off and when we were planting a bunch of avocados 10 years ago they gave us one as a trial,” he said.

“And after about four or five years, we tried a few of the fruit and thought we’d give them a go. So we planted a small block of about just under 400 trees. They’re coming up to about four years and this is their first production.”

Though they would be perfect for the increasing number of cafes and restaurants serving up hundreds of plates of smashed avo on toast each day, Groves predicted the variety was likely to remain a novelty because the trees were “light producers”.

The family are likely to be the only growers of the novelty fruit for some time, having got in years before their competition.

Farms cannot plant the variety without gaining permission and paying royalties to the South African company that owns the rights.

“A friend of ours is planting 2000 trees in Bundaberg probably this year,” Groves said.

“So we’re four years ahead of him. But I don’t know if growers will jump on board, they are such niche market.”